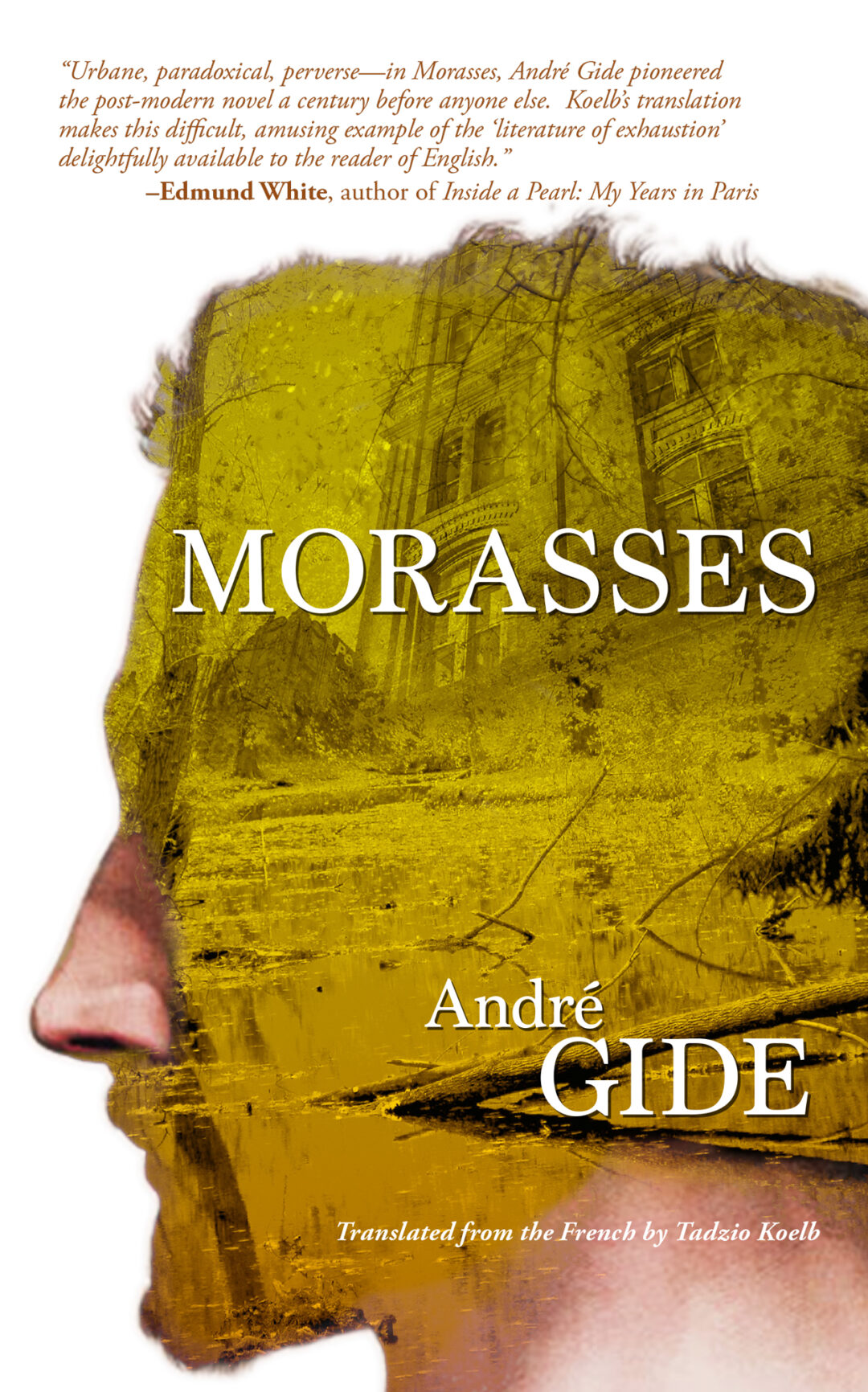 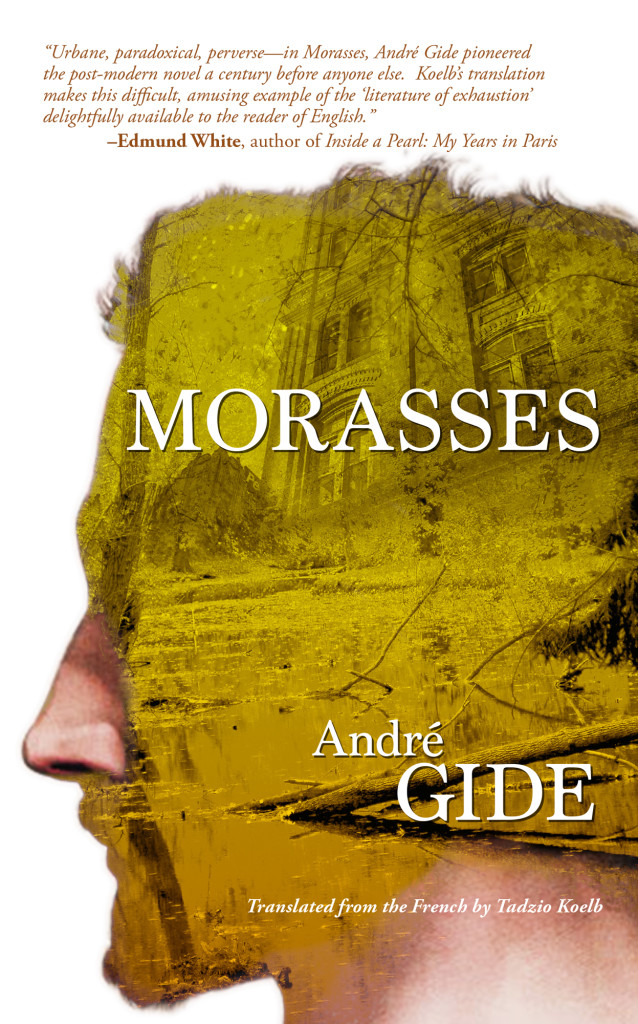 “A leisurely stroll through the hall of mirrors of a writer’s mind (never was a book more aptly named), this deadpan comic fantasia on the creative life is not typical André Gide, but like a parody of the games he later played in The Counterfeiters. It’s a grandparent to My Struggle by Karl Ove Knaussgaard, only much funnier.”

“Discovering Gide’s Morasses is like finding that there’s one more chocolate left in the box when you thought they were all long gone. Tadzio Koelb’s note-perfect translation of this neglected miniature by the master ironist captures both the subtlety and freshness of Gide’s prose. Morasses is faux-fiction wrapped in a faux journal (by the greatest of 20th century diarists). This tale of swamps, ducks and pretentious poets defies genres and expectations. It is hilarious and it is delicious. It’s a gift not to be resisted, an indulgence I’d advise you to give in to today.”

“Tadzio Koelb has found a voice in English for Gide that artfully recreates the elegance of the prose in Morasses and also the humor. An assured and delightful translation.”

“Urbane, paradoxical, perverse—in Morasses, André Gide pioneered the post-modern novel a century before anyone else. Koelb’s translation makes this difficult, amusing example of the ‘literature of exhaustion’ delightfully available to the reader of English.”

Excerpt from the Introduction

The literary figures of the mid-twentieth century are simultaneously,
paradoxically, cultural heroes and yokel blunderers, stalwart independents and villainous conformists; they are loudmouths about communism, the greatest political experiment since democracy, and they are sometimes perspicacious and sage, and they are sometimes petty and wicked. They are the Russian Revolution, and they are the CIA/British Secret Service Congress for Cultural Freedom, led by a vanguard of Arthur Koestler, George Orwell, and Bertrand Russell, with its fundamental mission to brainwash the entire world. They are Ezra Pound, and his radio pontifications for the Nazis. They are anti-semitism, they are knee-jerk atavism, they are racism and sexism, and they are every other nasty, trollish habituation of people-kind. But they are also courageous resistance, enormous personal loss, and a Western outlook that expanded, became more inclusive and humane—socially, sexually, racially and culturally.
André Gideʼs early satirical work, Morasses, can be looked at as a historical curiosity, an allegory of literary Paris—of nineteenth century salons and a quaintly seductive, if frequently silly and petty, vision of the arts.

“Before explaining my book to others, I wait for others to explain it to me. To explain it is to restrict its meaning; although we know what we wanted to say, we can’t know if that is all we have said. – and we always say more than THAT. – And what interests me most is what I put in without knowing…”

“The emotion that gives me life, that is what I want to express: boredom, vanity, monotony…”

“For they are sad, my thoughts; and serious, and, even around others, morose; I love them more than anything and it is because I carry them with me that I seek out plains, unsmiling ponds, moors. I carry them gently.”

“A book… is closed, full, smooth as an egg. You can’t put anything in it, not a pin, except by force, and then its shape is broken.” 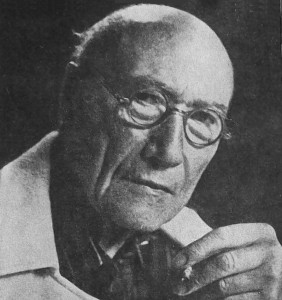 André Gide (1869—1951) was one of France’s most controversial and influential writers. A novelist, playwright, critic, essayist, translator, and co-founder of La Nouvelle Revue Française, he was awarded the Nobel Prize for Literature, and became the first living author to see his collected work published by the Bibliothèque de la Pléiade. Following trips to Africa and the USSR, he published anti-colonial and anti-Soviet works that earned him enemies of every political stripe. The Catholic Church placed his work on its Index of Forbidden Books shortly following his death, claiming, “He made of his sin a coefficient (and not the least) part of his fame.” 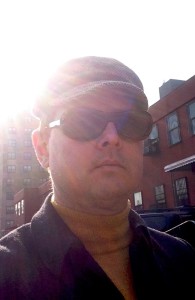 Tadzio Koelb‘s fiction and poetry have appeared in The Brooklyn Rail, >kill author, The Madison Review, The Brooklyner, and Sakura Review, among others. Tadzio regularly reviews fiction, non-fiction, and art for a number of publications on both sides of the Atlantic, including The New York Times, The Times Literary Supplement, and The Guardian, and his short critical biography of Lawrence Durrell appeared in Scribner’s Sons’ British Writers series. He is deputy managing editor of The Brooklyn Quarterly and teaches creative writing at Rutgers. 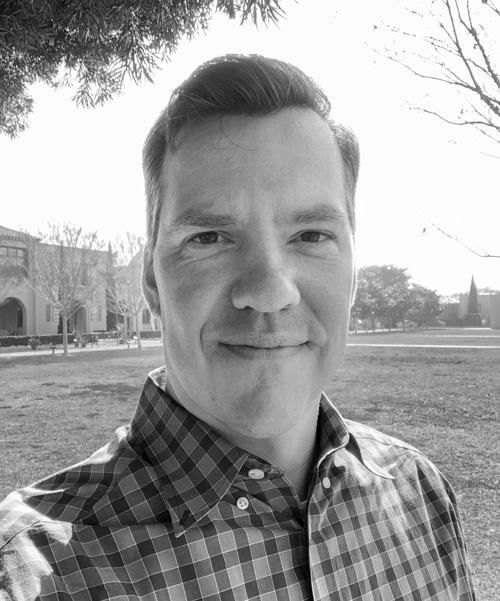